Five Part arrangement of “Low How a Rose E’er Blooming” and “Sing We Now of Christmas” with a few other carols thrown in for flex/adaptable band. Available to Purchase for Download. 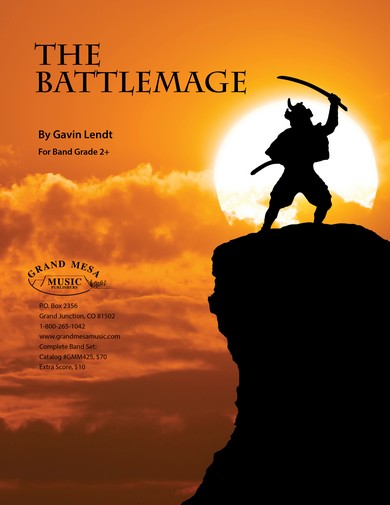 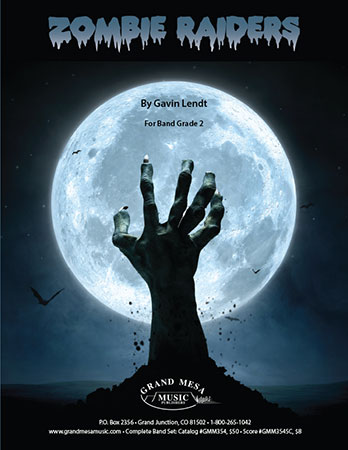 “Ad Astra per Aspera” for Horn Ensemble was written during the Spring of 2020 during the Covid-19 pandemic, just before racial injustice protests. It was originally written for an online virtual horn ensemble that was premiered on June 15, 2020. The work received its title from the motto of the state of Kansas, meaning, “to the stars through difficulties.” The main melody is based on Daniel E. Kelley’s melody for “Home on the Range,” which is considered the unofficial anthem for the state of Kansas.

The piece can be purchased here:https://gavinlendt.com/product/ad-astra-per-aspera/ 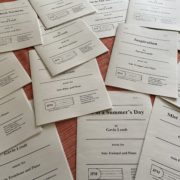 “Inspiration” – for Horn, Trumpet or Flute
“Northern Nocturne” – for Clarinet or Flute
“Mist In The Meadow” – for Flute or Alto Sax
“A Knight’s Oath” – for Flute, Tenor Sax, Trumpet,
Trombone or Tuba
“All in a Summer’s Day” – for Trumpet or Trombone

Concert Band work commissioned by the Denison Iowa High School Band Boosters in 2017. The piece opens with a heroic fanfare that is followed by a lyrical, somewhat hopeful theme. The piece then transitions to a slower somber ballad, harkening back to ancient textures and modal harmonies. The final section of the piece is a multi meter, joyous celebratory mariachi dance. Throughout the piece, the Denison, IA school song is played as various counter melodies and is finally heard in its full glory near the end.

A new work for Concert Band. Available for purchase at
https://gavinlendt.com/product/companions/

Background music written for Twitch Artist streamer, SitrieDraws, that they’ll be using on their stream.

In 1990 Apple Computer co-founder Steve Jobs said that he had read a study that measured the efficiency of locomotion for various species on the planet. The condor used the least energy to move a kilometer. Humans came in with a rather unimpressive showing about a third of the way down the list….That didn’t look so good, but then someone at Scientific American had the insight to test the efficiency of locomotion for a man on a bicycle and a man on a bicycle blew the condor away. That’s what the computer was to Steve Jobs. The most remarkable tool that we’ve ever come up with. He said it’s the equivalent of a bicycle for our minds. The grade 3 work for concert band, “A Bicycle for the Mind” is the composer’s small tribute to Steve Jobs who believed that the arts were integral to technological innovation. The constant rhythmic pulse interlaced with a haunting chorale attempts to express Job’s ultimate goal of fusing the liberal arts with technology. 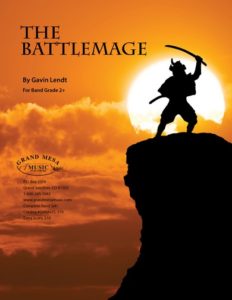 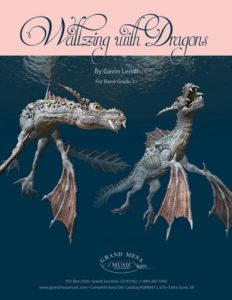 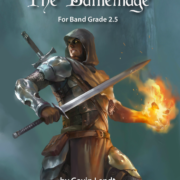 A Grade 2.5 work written for middle school band students. The Battlemage is both a soldier and a scholar who wields with swords and spells. This work explores the dichotomy of the Battlemage’s chosen school of fighting through its warrior-like introduction through the more mystical inner section.